Hey there, Brian Fryer here, but most call me Coach Fryer. I was born and raised in southern California, and always had a lifelong dream of playing professional baseball. I was fortunate enough to get drafted in 2004 by the San Diego Padres, and played 8 years professionally in the minor leagues. Two really cool things happened during my baseball career. First – I met my amazing wife, Dani, and we now have four gorgeous kiddos. Second – I was introduced to entrepreneurship and the network marketing profession.

In our first four years of internet & network marketing, and trying to build an online business, we didn’t make a single dollar in profit.

Eventually, the company we were so enamored with began to dwindle down, and made us question what we wanted out of life and business. My wife, Dani decided she was done with network marketing and wanted to focus on restoring the relationships we had ruined in our effort to recruit all of our friends and family. I, too, decided that it was time to make some changes. So, I headed to Best Buy, and bought a new laptop; absolutely determined to figure out how to build a business online with experts’ coaching program and a proper strategy. And that is where it all truly began…

You see, growing up my dad had his own Masonry and landscaping business that I helped out with every summer, and mom had an in-home daycare for 17-years.

I started several of my own “businesses” during this time…one of those being spraying addresses on curbs for $5 per house. I invested a few bucks into some spray paint number stencils, and a homemade wood toolbox to carry my supplies.

I walked door-to-door and shared how outdated and tough it was to see their street numbers on the curb, then pitched my service. Five dollars was a steal for them, and I had almost a 100% conversion rate. I’d paint dozens of houses each day during the summer and made some great side cash. I loved being able to have the freedom to make my own money! 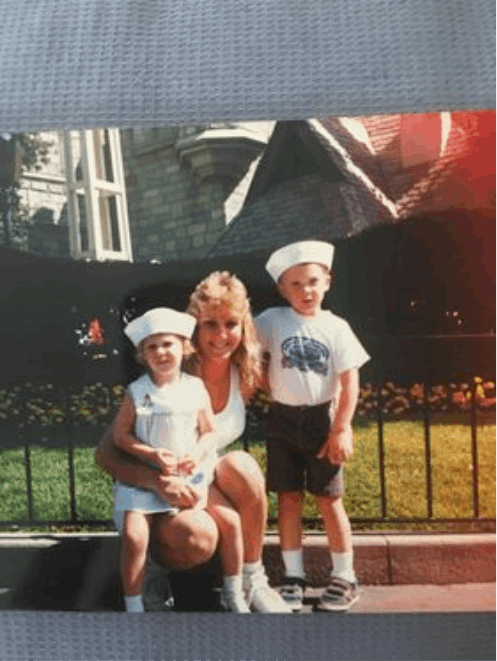 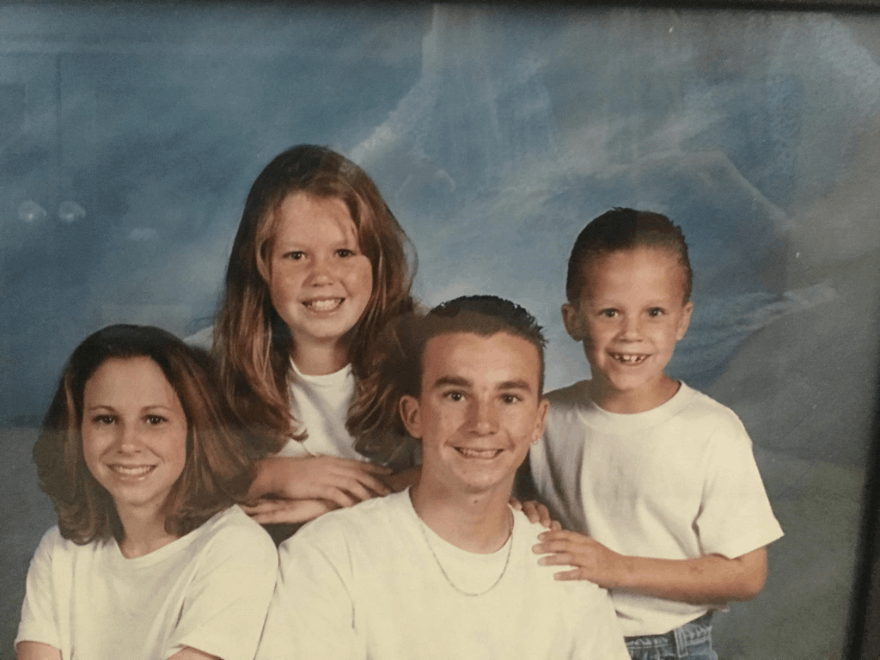 But then, everything changed, when my parents filed bankruptcy and got a divorce.

My dad was moving out, and I decided to go with him. The next few years were really tough, bouncing around from place to place, never really establishing a place to call “home.” From living with family, to a few of his close friends, and finally in a small apartment where him and I shared a room, this was a really challenging time for me. Because I wasn’t focused on school, my grades were plummeting, and I was getting into mischief I probably shouldn’t have been. To this day, I’m so thankful to my dad for caring for me during this tough time…food on the table, and a roof over my head, but I just felt I was headed in a direction that wasn’t the best for me.

At that time, I made the pivotal decision to repair my relationship with my mom.

I moved back in with her, cleaned up my life, graduated high school with good grades, and was given the opportunity to play baseball for the local Jr. College.
After 2-years of “average” seasons, I found myself in a position with no professional offers, and not a college scholarship on the table. This was defeating, and left me questioning whether or not my lifelong dream of playing professionally would ever come true.

While I was trying to decide what I was going to do, I received a call from New Mexico Highlands University, offering me a full scholarship with an offer to play on their baseball team. Over the course of the next two years, I went from being an average player in junior college, to the #1 hitter in the nation for all Division II schools and was one of the top base-stealers as well. This got the attention of scouts from over a dozen Major League baseball teams and led to me being drafted in the 20th round by the San Diego Padres in the 2004 draft. 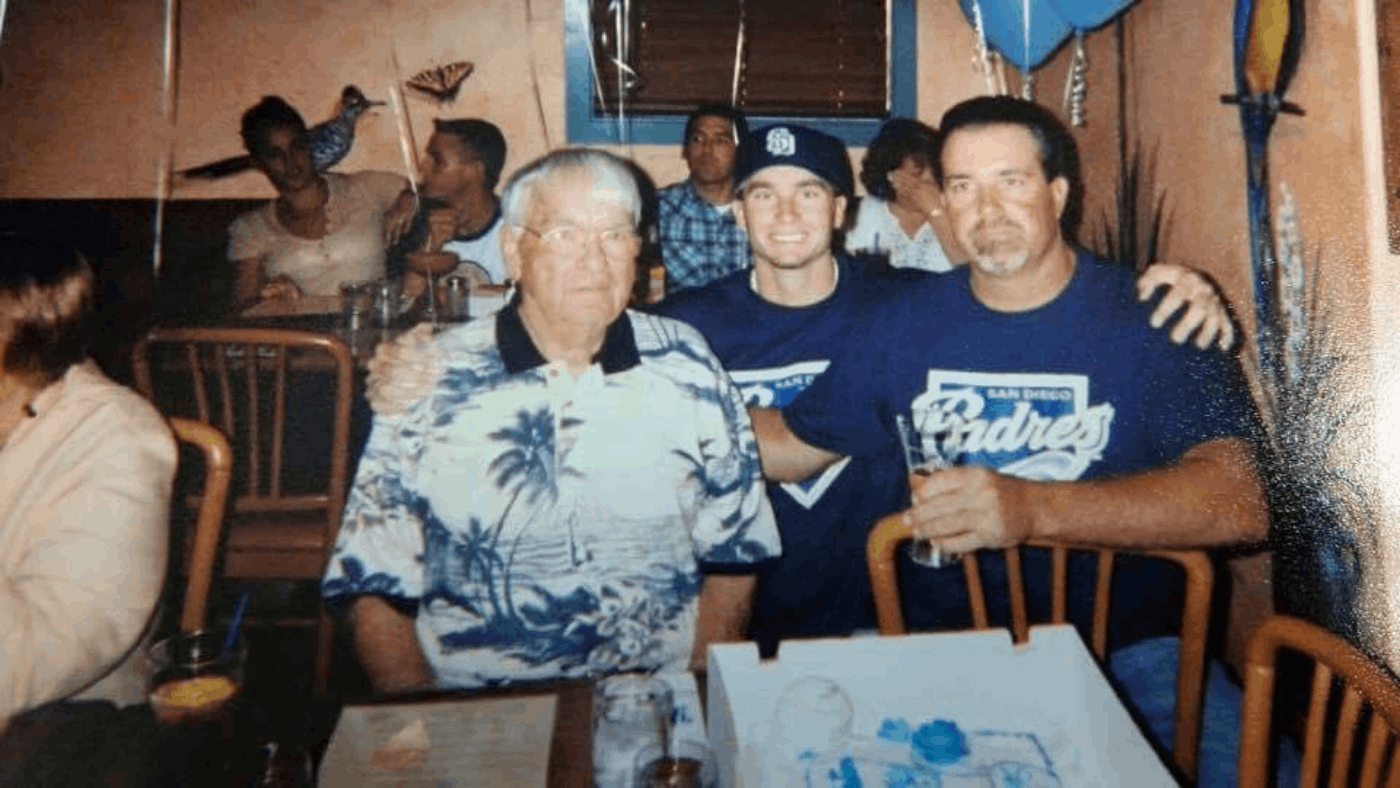 Finally, it seemed all of my hard work was paying off.

My lifelong dream of playing professional baseball was coming true. With a
contract to play with the San Diego Padres organization, I knew that this was just
the beginning.

The outside perspective of being a professional baseball player is all the glitz and glam, and maybe even being famous. What most don’t see is the salary that barely affords you to buy food, the long over-night bus rides sleeping upright in your seat, and the precious moments away from your family for sometimes weeks (or even an entire season) at a time. But why did I keep going? When you have a goal, or even a dream, you must make any and all sacrifices and be disciplined to stay the course, no matter what. I had spent my entire life working towards this, I wasn’t about to give it all up now.

After several smaller injuries over the course of my first four years, including a broken hand, four pulled hamstrings, and a broken foot, I threw my back out. Baseball was taking a toll on my body and I knew it. I was doing everything I could think of to try and keep my body in top-shape for another season. All of the running, sliding, diving and putting my body on the line every night was taking its physical and mental toll. A friend of mine suggested I call her friend, who had a “miracle juice” that quite possibly could help my back. After exploring all other options, and thousands of dollars spent, I gave it a shot.

As it turns out, the product came from a network marketing company. The product had changed my physical health so much, I was sold, and began looking into how I could build it as a business. This opened my eyes to the possibilities that were available to me outside of baseball.

I knew this was an opportunity that could possibly allow me to work from home and be with my new little family. I started dreaming again… 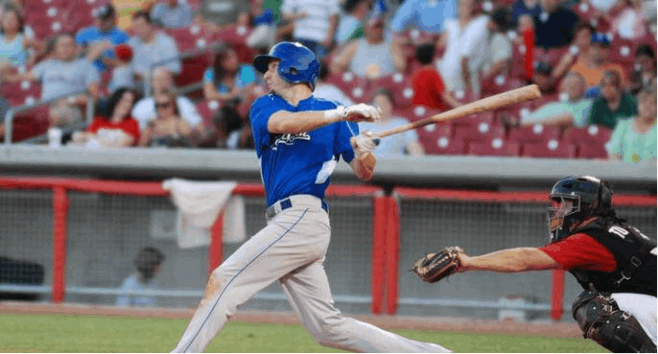 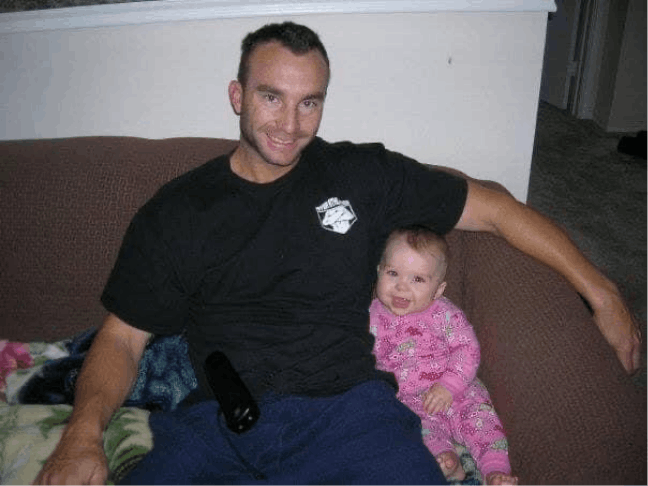 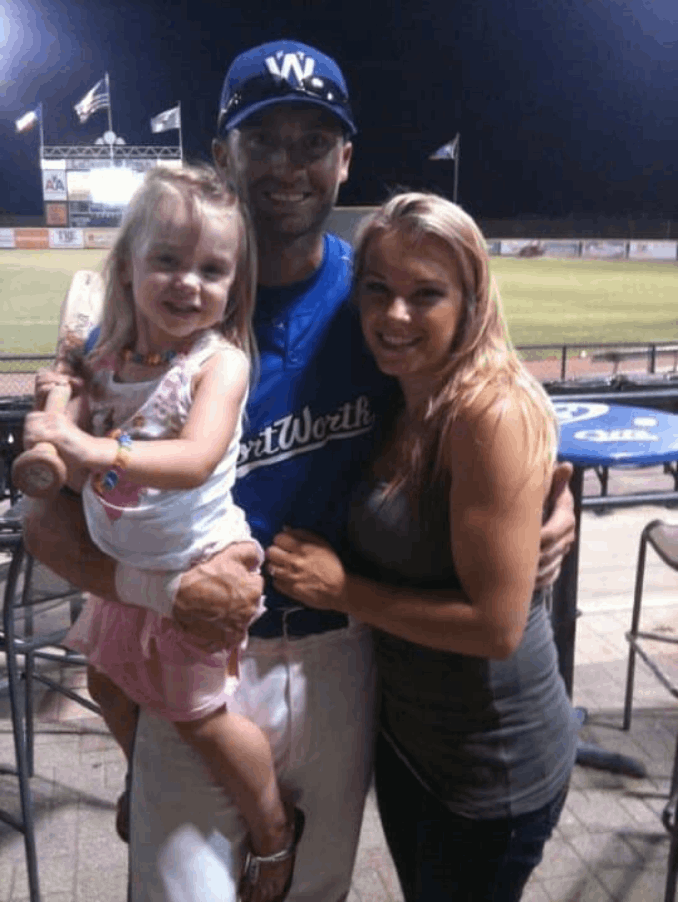 My baseball career was coming to a close after eight amazing years. Going back to a secure job with an environmental consultant company while also building my side-hustle, I was ready to really push my chips all-in and go after our dreams for our family. I began seeking business mentorship, buying courses and learning how I could build this business from home, online. The excitement and talk about social media in 2011 was becoming more and more apparent, and I was determined to not-only figure it out, but create that dream lifestyle leveraging it.

That ‘dreamy lifestyle’ though, quickly seemed like it was drifting further and further away from reality. We struggled to make any notable progress in our business, and spent four years not even turning a profit. It seemed like every time we took one step forward, we took three steps back. As a young family, we were spending not only our days apart working, but now we were spending several nights a week in hotel and home meetings, taking turns caring for our daughter so we didn’t disturb those around us. After years of this frustration, and chasing off most of our friends and family, we knew something had to change.

We made a mutual decision to take some room to breathe, and repair the relationships around us. However, we still felt strongly that there was a better way for young families who wanted to build a business from home, just like us. Technology and the use of social media was becoming more and more the norm, but nobody we knew was actually building a business with it in a non-traditional business way. Everyone was either spamming all of their friends and family, or they had a brick-and-mortar business and were using paid advertising, neither of which were productive to what we were trying to accomplish. 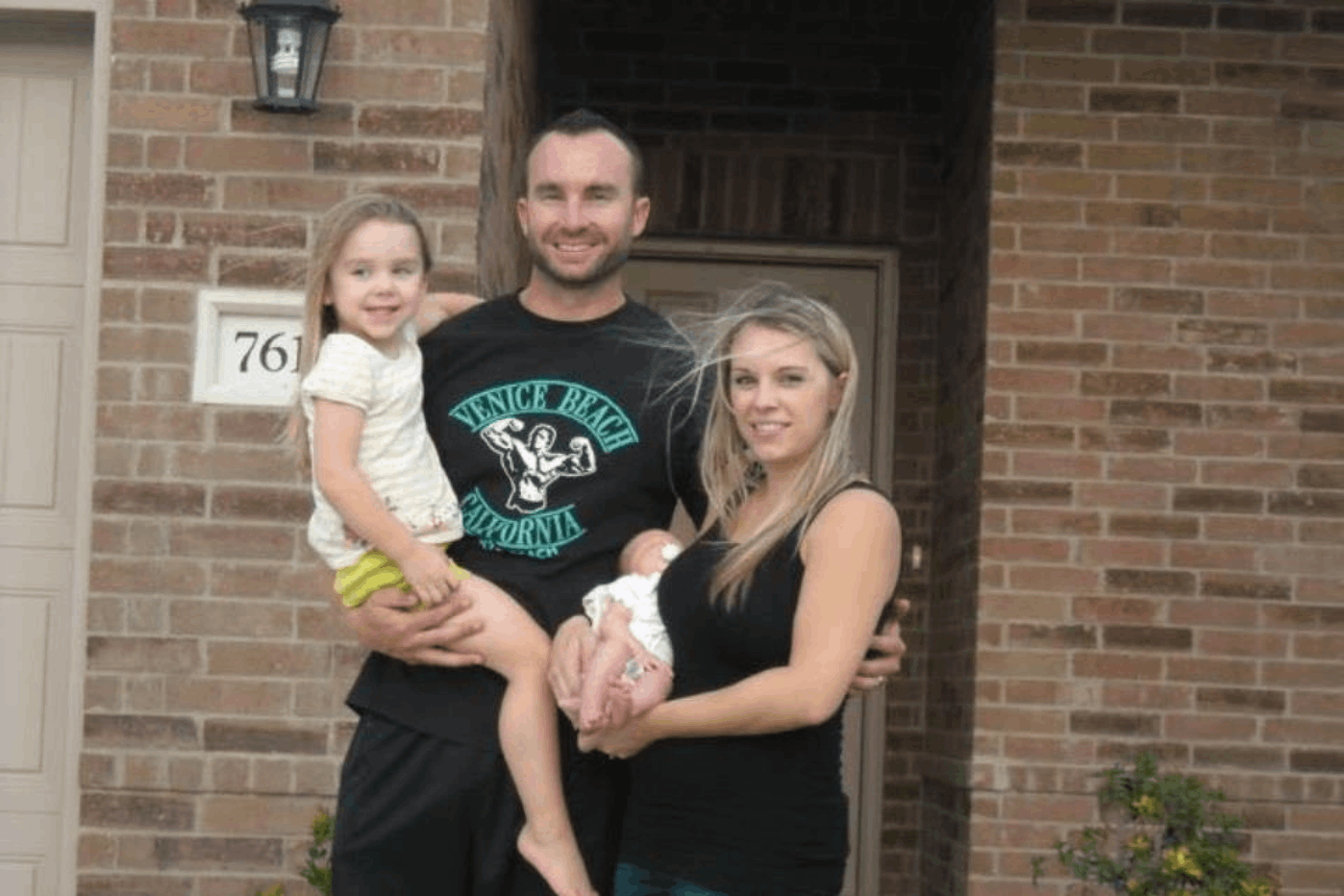 I became committed to taking everything I had learned about building a business OFFLINE and translating it in a way that made sense ONLINE. And I did it in a way that literally ANYONE could do, without having to dump hundreds or thousands of dollars into advertising, or growing a massive following.

We had figured out the formula, and were ready to start sharing it, so we could help other people do the same.

Everything changed about six and a half years into our ‘home-business’ journey when a new opportunity was presented to us. With the skills I had mastered online, we jumped in and quickly became top performers in that business. We were positively impacting thousands of families lives within just six months of starting and began mentoring others on how to build a business from home, online.

Everything was going awesome. Our system was working, and the people we were teaching were having measurable success. But, just when we thought things could only go up, after almost three years of hard work and commitment, our business disappeared over night when corporate closed the doors. 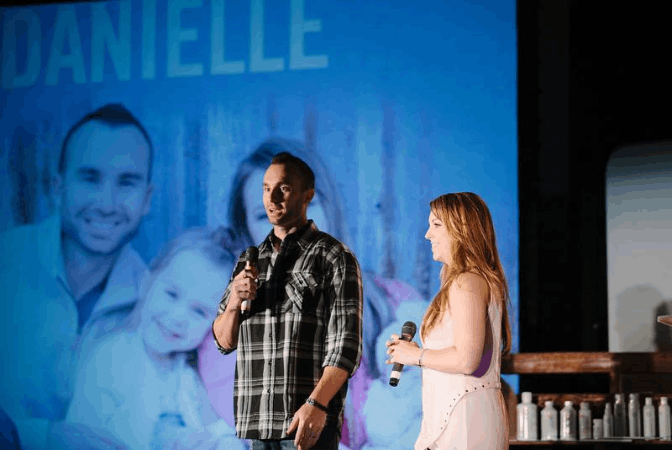 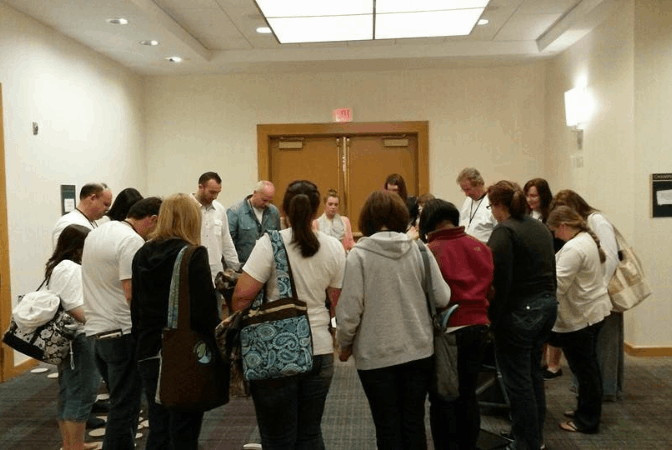 Let’s be honest, most are overwhelmed with information, or confused on how or where to start or scale their business, and we take pride in simplifying and guiding them through that process.

This determination, hard work and leading with humble and servant hearts has helped us to grow a multiple 7-figure business from home while we raise our four kids. 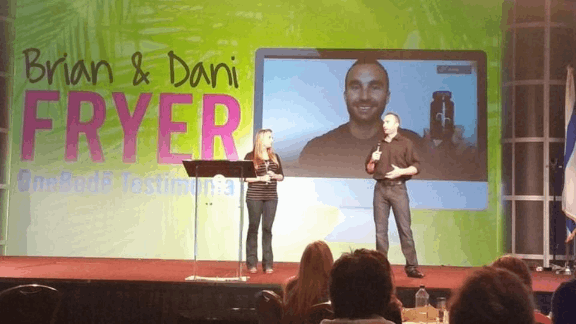 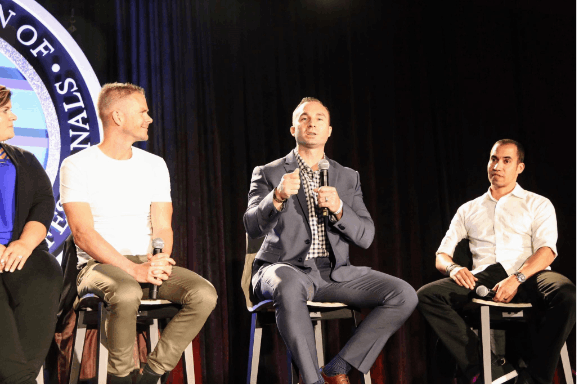 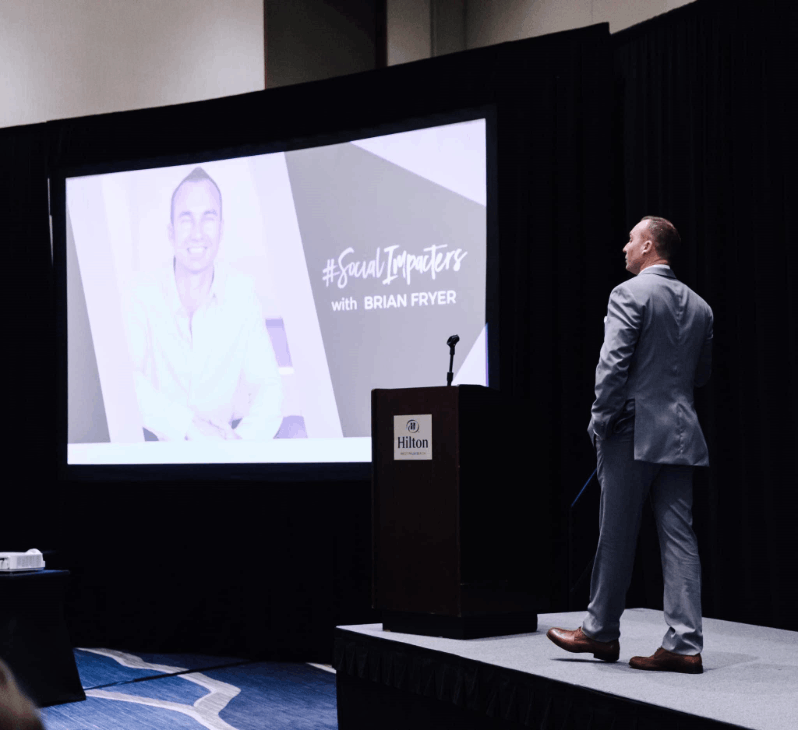 Let’s be honest, most are overwhelmed with information, or confused on how or where to start or scale their business, and we take pride in simplifying and guiding them through that process.

Dreams do come true if you are committed, consistent and coachable. The world needs more people like you to to step up and make a positive impact! Let me know how I can help…

LEARN HOW TO WORK WITH ME 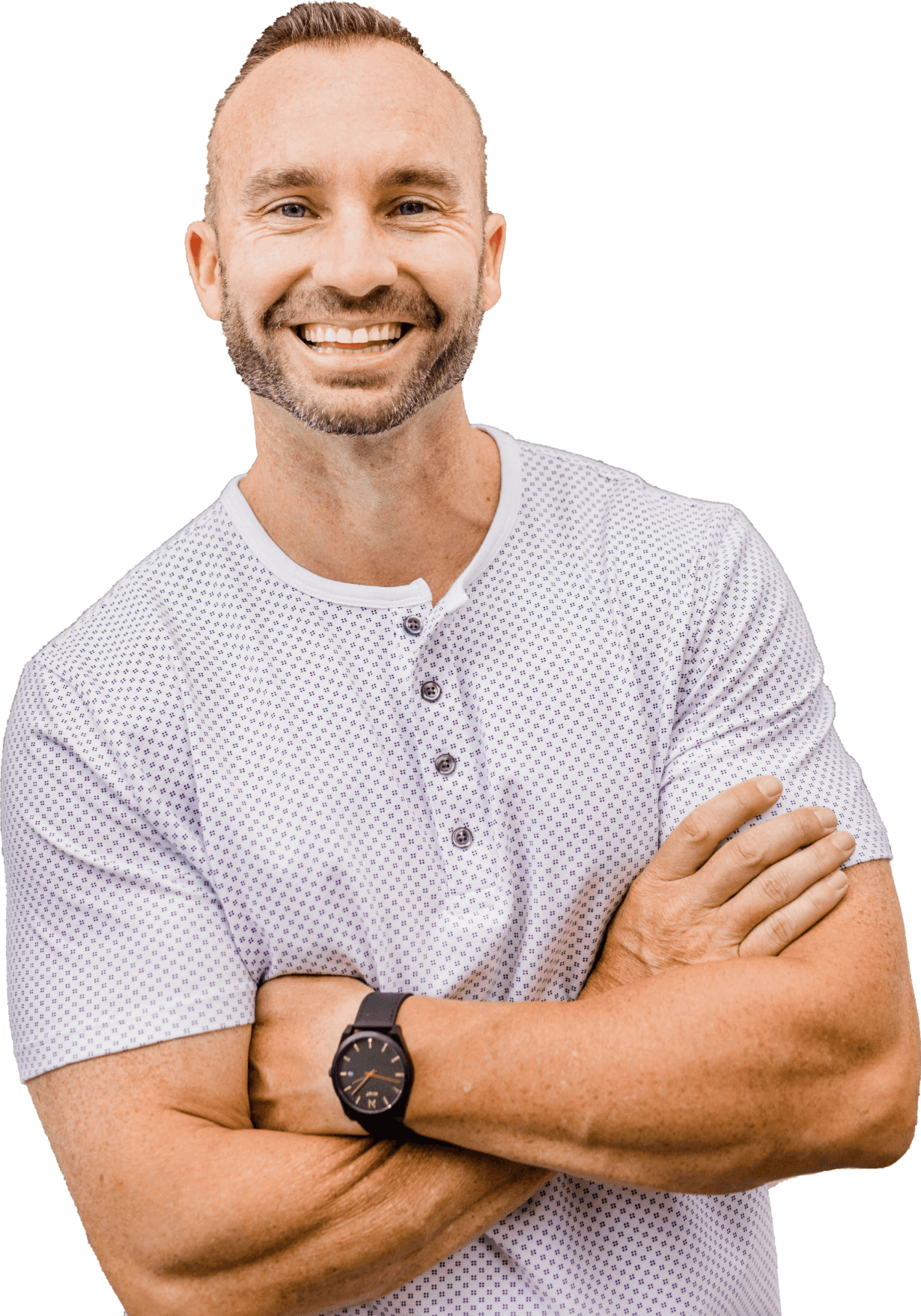 GET YOUR FREE GUIDE!